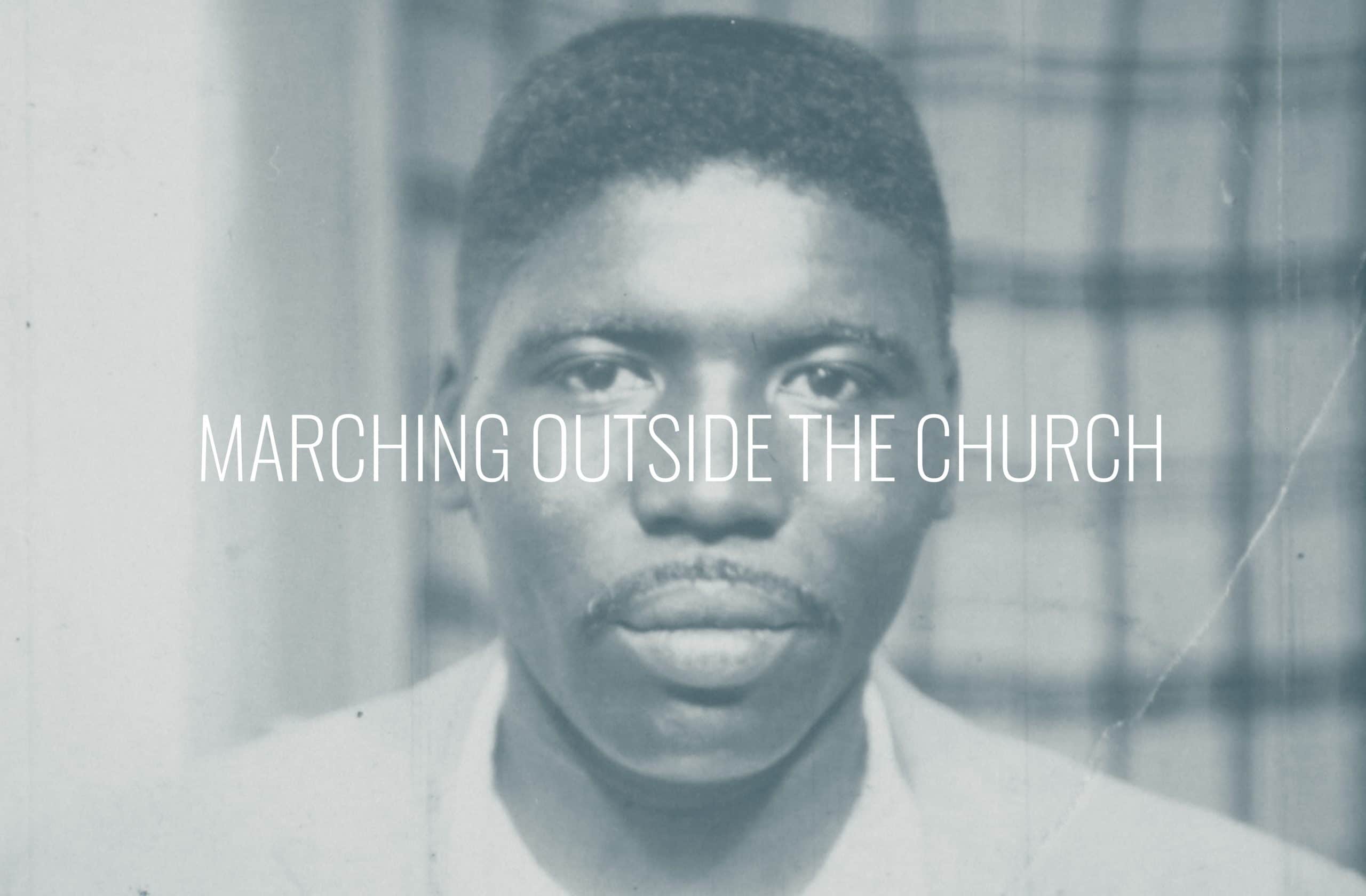 On February 26, 1965, Jimmie Lee Jackson, died. And at his funeral Martin Luther King Jr. issued a fiery indictment, saying, “a state trooper pointed the gun, but he did not act alone.”

You see, Jimmie Lee Jackson was a Black American Civil Rights activist who was taking part in a peaceful protest walk. More than 400 gathered to walk from Zion United Methodist Church in Marion, Alabama to the county jail. Civil Rights activists had been fighting for their most fundamental right to vote, to be heard, to have a voice in the system that had for too long systematically oppressed them. Black Americans could vote in theory, the law did not forbid them, but voting vouchers, obscure taxes and unregulated “literacy tests” were weaponized against them by local registrars. In a county with over 11,000 Black Americans only 300 could vote. For this injustice and others like it, activists gathered and marched.

Unfortunately, the attempt at peaceful marching was met with violent resistance. On the night of February 18, 1965, Jimmie Lee Jackson accompanied his mother, Viola Jackson, and his 82-year-old grandfather, Cager Lee, as they walked with others hungry for justice and tired of being disenfranchised by a system sworn to protect them. The destination was only a block away from the church where they gathered. But outside 50 troopers in riot gear stood in waiting.

Unfortunately, the attempt at peaceful marching was met with violent resistance.

When those gathered in the church began to exit in preparation for the march. They heard it, booming through the night sky was the voice of Sheriff T.O. Harris over loudspeaker, instilling fear he said: “This is an unlawful assembly. You are hereby ordered to disperse. Go home or go back in the church.” Clearly daunted yet still determined, James Dobynes, a church minister, called out: “May we pray before we go back?”

But a prayer would have to be quick, because within seconds the streetlights went out

But a prayer would have to be quick, because within seconds the streetlights went out and the sound of nightsticks whizzing through the air was muffled by the sound of those screaming in pain and fear. The minister who went to his knees to pray was beaten by two state troopers as he only pleaded, “Jesus! Oh, Jesus! Have mercy. Jesus!” Self-appointed militia men joined the troopers in beating men and women with impunity. The church was the only bastion but the doorway was jammed with too many attempting to return to it. Others were forced to flee elsewhere or be beaten. Screams and thuds still permeated the air.

Jimmie Lee Jackson’s grandfather was knocked to the ground as he tried to flee. Jimmie took hold of his mother and carried his grandfather to safety at a local cafe behind the church. But they were pursued and at the behest of Col. Lingo, commander of the Alabama State Troopers, the officers were commanded to enter. And they did so with violent abandon. They destroyed light fixtures and swung their clubs down on Viola and Cager. Jimmie tried take those blows himself, tried to save his grandfather and mother. And in a way he did. He was shot twice, point-blank in the abdomen and the officers left.

He died, as we know, on February 26, 1965, from an infection caused by his wounds. And Martin Luther King Jr., said that the officer who shot Jimmie did not act alone:

"He was murdered by the brutality of every sheriff who practices lawlessness in the name of law.

He was murdered by the irresponsibility of every politician, from governors on down, who has fed his constituents the stale bread of hatred and the spoiled meat of racism.

He was murdered by the timidity of a federal government that can spend millions of dollars a day to keep troops in South Vietnam and cannot protect the rights of its own citizens seeking the right to vote.

He was murdered by the indifference of every white minister of the gospel who has remained silent behind the safe security of his stained-glass windows.

And he was murdered by the cowardice of every Negro who passively accepts the evils of segregation and stands on the sidelines in the struggle for justice."

On March 7, 1965, King pleaded to religious leaders with telegrams and public statements ‘calling on religious leaders from all over the nation to join us on Tuesday in our peaceful, nonviolent march for freedom.’’ Hundreds of ministers and clergymen, deacons and nuns, priests and parishioners answered the call for that Tuesday. And by March 21, the end of the Marches, over 25,000 had joined.

Martin Luther King Jr., pointed out that some of the worst injustices in this world are propagated not just by what other men do, but by what others do not. Injustice is allowed to flourish when we are inactive and indifferent. Evil is allowed to conquer when good men do nothing. Many were brave enough to step out of the church and say, “I will not be indifferent.”

And what I find most instructive here, in this present day, is that still many gather in the church and pray and sing and rejoice. Still many sit and listen to the goodness of the word and find their hearts warmed by God’s overpowering presence. But too often, these same people, when they leave the church they march for nothing. What injustice is there? they may wonder.

Our neighbors are dying. Many live now without the word of God in their hearts. Yet we often leave our church and march for nothing but our own self-satisfaction. When those marchers over 50 years ago stepped out of that church they were afraid for their very lives. When we step out now we are afraid of being embarrassed, of not having the right words, of not being liked.

This fear cannot be what prevents the gospel from reaching hearts hungry for it.