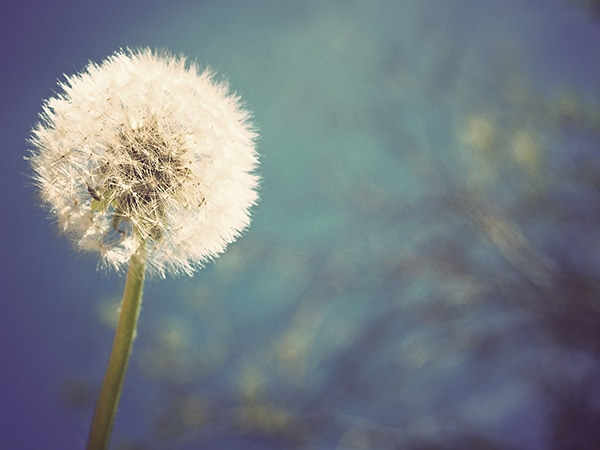 Here is the familiar the Parable of the Mustard Seed:

Then Jesus asked, “What is the kingdom of God like? What shall I compare it to? It is like a mustard seed, which a man took and planted in his garden. It grew and became a tree, and the birds perched in its branches.”

The common interpretation of this passage seems only common sense. The kingdom of God is represented as this small and seemingly insignificant seed that grows into a fullness that is by orders of magnitude greater than the meek smallness of its beginning. This interpretation finds convenient manifestation in the history of Christianity itself, that started in a remote part of Palestine and now boasts unparalleled demographics. But is there something more to be said than just it starts small and ends big? I think so.

I believe firmly in the Bible’s timeless meaning and application for today’s Christian. But this timeless meaning is often best discovered and understood when we understand the deep profundity of the message within its historical context. So what did this image of the mustard seed mean to an average Mediterranean Jewish peasant? Pliny the Elder was a 1st century Roman author and naturalist. He wrote in his encyclopedia, Natural History, about the horticultural nature of the mustard seed:

“…And mustard, which has so pungent a flavour, that it burns like fire, though at the same time it is remarkably wholesome for the body. This last, though it will grow without cultivation, is considerably improved by being transplanted; though, on the other hand, it is extremely difficult to rid the soil of it when once sown there, the seed when it falls germinating immediately.”

Some have referred to the mustard seed as a “noxious weed,” and Pliny seems to agree with this interpretation, inasmuch as he depicts the mustard seed as something that is notoriously hard to rid the soil of and spreads immediately after being planted. So choosing to cultivate a mustard seed always comes with the everpresent danger of destroying the entire garden in which it is planted. Moreover, there are some exegetical problems here, because the mustard seed actually grows to be a three to four foot shrub, not a large, regal tree. Jesus would have known this, and he could have very well chosen a seed that actually turns into a tree (as Ben Witherington III points out), but there must have been something very particular about this mustard seed that conveyed the appropriate message of the Kingdom of God.

Imagine the image this presents to a first century Jew. The image of a seed that grows wildly and freely on its own. A seed that, even when cultivated, is thoroughly difficult to maintain and, by virtue of the rapidity of its germination and its natural endurance, roots deeply in the soil and threatens to take over the entire garden. This is not exactly an ideal horticultural image. But Jesus makes it worse. What does he say happens to this seed? He says that this seed, at full growth, brings with it shade and invites birds to nest in its branches. These are sort of romantic or beautiful notions in a historically detached way. But they were hardly very beautiful or romantic to a first century Jew, who depended on his or her garden receiving plenty of sun and farmers for millenia have built all kinds of contrivances geared at keeping birds OUT of their garden, why in the world would they willingly plant something that invited them IN. Just remember what Jesus said in the Parable of the Sower, in Matthew 13:3,4, “And He spoke many things to them in parables, saying, “Behold, the sower went out to sow; and as he sowed, some seeds fell beside the road, and the birds came and ate them up.”

So it seems that the historical context of the mustard seed reveals a lot about what it means for believers today. Yes, the seed is small and grows into something big. But it is also deadly to your plans, undermines your other ventures, invites in your enemies and when rooted, demands your very life.