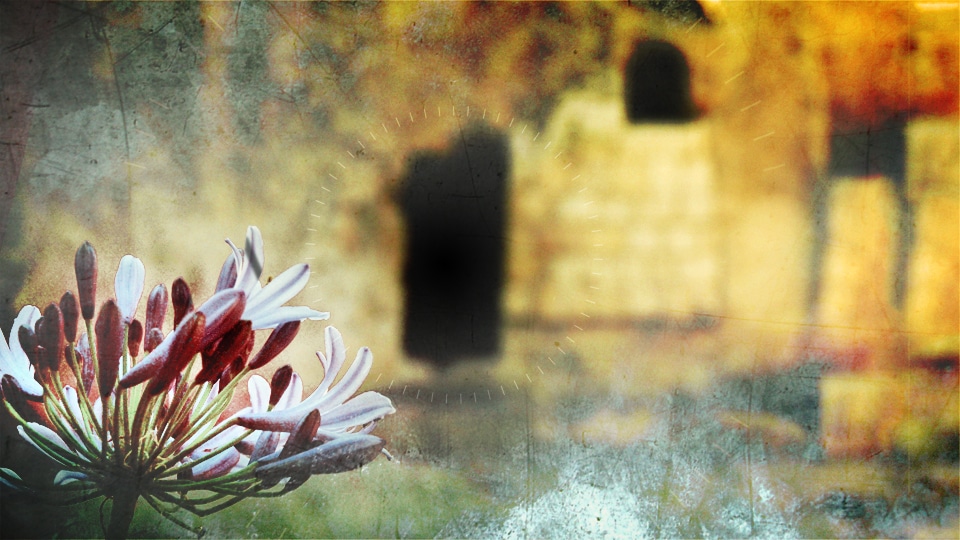 God Does Not Stay Dead – The Doctrine of Resurrection (Part 1)

It was a hot summer day in Ramona, California, a dead-end, desert town in the San Diego region. The dry heat radiated off the unbearable asphalt in visible waves. I was 7 or 8, walking with my best friend Taylor, to his house from mine. His parents were gone but his dog was in the backyard and we were going to pay him a visit. When we pushed past the gate at the side of his house and made our way to the back, what confronted us was far and beyond what we could ever have expected. Instead of a beautiful black lab with unbounding energy wagging his tail in greeting, or letting out a sort of squeal or whine as excited dogs often do, we saw a mound of black fur lifeless under the uncaring sun. The dog had tangled the rope used to contain him in the backyard around a post and was unable to reach shade or water. Death had been slow and it had been final. But we were children and unaccustomed to the grim finality of death, so we unwound the hose and let its water stream into the open mouth of our dry-tongued friend. After 15 minutes of trying to wake the dog, the next-door neighbor, Steve, saw what was happening and came and ushered us away. We were children and in our naiveté, never thought that what we loved could leave us. But the dog never rose.

Sometimes death leaves holes in the heart that are as deep and as dark as the grave that awaits it. But Christians have been promised life everlasting. They have put faith in a God who has conquered death itself. This church doctrine is known as the doctrine of Jesus’ Resurrection.

To call this doctrine important is actually a significant understatement. The doctrine of resurrection is crucial. It is absolutely central to the entire Christian narrative of redemption. If it could somehow be shown that Jesus did not, in fact, raise from the dead those 2000 years ago, then Christianity would be as dead as the unrisen body. But that cannot be shown as Jesus did rise.

The Resurrection Affirms the Validity of Scripture

If someone demonstrates that they are an expert on a subject, it is much easier to believe what they say about the relevant field of their expertise. So when a person demonstrates through knowledge and practice that they are, in fact, a doctor, it is much easier to believe that their diagnosis of, say, the flu, is correct. So when Jesus both predicts his own death and resurrection (John 2:18-22) and is shortly thereafter killed and raised from the dead, it is probably a good sign that the other things he said were true. Jesus proved himself as the Son of the Living God and his affirmation of Scripture as the word of God is unquestionable (John 10:35). Thus, the unprecedented and utterly miraculous resurrection of Jesus is very strong evidence in favor of the validity of Scripture.

The Church, then, need not believe in Scripture blindly or unthinkingly, as all the relevant facts attested in scripture that precede the resurrection are virtually universally accepted among scholars—secular or otherwise. From these facts, believers can (and have) develop a strong evidential case for the reality of the resurrection. But the evidence will be a subject of my next post, so I don’t want to include too many spoilers.

The Resurrection Completes the Redemptive Story

C.S. Lewis once famously posed what is now known as Lewis’s Trilemma. He famously quipped that Jesus is either Lord, Liar or Lunatic. In Mere Christianity he said the following:

“I am trying here to prevent anyone saying the really foolish thing that people often say about Him: I’m ready to accept Jesus as a great moral teacher, but I don’t accept his claim to be God. That is the one thing we must not say. A man who was merely a man and said the sort of things Jesus said would not be a great moral teacher. He would either be a lunatic — on the level with the man who says he is a poached egg — or else he would be the Devil of Hell. You must make your choice. Either this man was, and is, the Son of God, or else a madman or something worse. You can shut him up for a fool, you can spit at him and kill him as a demon or you can fall at his feet and call him Lord and God, but let us not come with any patronising nonsense about his being a great human teacher. He has not left that open to us. He did not intend to. … Now it seems to me obvious that He was neither a lunatic nor a fiend: and consequently, however strange or terrifying or unlikely it may seem, I have to accept the view that He was and is God.”

We must believe the doctrine of the resurrection or we must believe that Jesus lied about it. Christianity simply cannot tolerate the latter, as the idea that God sent a liar to redeem humanity is bankrupt. Furthermore, redemption is simply not possible without resurrection. Paul in the epistle to the Corinthians famously retorted that, “…if Christ has not been raised, our preaching is useless and so is your faith,” (1 Corinthians 15:14-15).

So the redemptive story is complete, as not only did sin and death get nailed to the cross, but Jesus showed us that now we too, as he did, may be raised up to life everlasting.

With the passing of both my grandparents on my Father’s side, the very recent death of my soon-to-be brother-in-law in a car accident, and my biological brother being diagnosed with schizophrenia, I see and know how easy it is to lose hope in this life. So easy to crumble inside and watch as the pieces of your very soul sift through the hands of your resolve. It’s so easy to break when so many things in this world leave you cracked. But perhaps now you can see it clearly. Jesus’ resurrection demonstrates that the grave is an illusory threat to those who love him. It demonstrates that this life is only temporary. It demonstrates that death has no power over you. We mourn for those who pass away, for it is painful to live this side of life without them. We weep for those who even now are broken. But, unlike the non-Christian, we may rejoice in knowing that this life is fleeting and because Jesus, our Lord of Life, has conquered sin and death, we may set our eyes on Heaven, for God, “will wipe every tear from [our] eyes. There will be no more death’ or mourning or crying or pain, for the old order of things [will pass] away,” (Revelation 21:4). Heaven is our home and we are homeward bound, for when Jesus rose from the grave, he invited us all.

THE DOCTRINE OF RESURRECTION (PART 2)