On Saturday, my wife and I returned from a week in Atlanta. I’m not one to spiritualize everything, but as I thought about what to write for this week’s post, a couple of thoughts came to me about church from our vacation. So, I want to share these thoughts and some pictures with you.

Experiencing church is way better than hearing about it.

Perhaps my favorite part of the week was visiting Stone Mountain. I had been told that this was a must visit destination, but I thought the main attraction was the somewhat controversial depiction of confederate leaders on the side of the mountain. 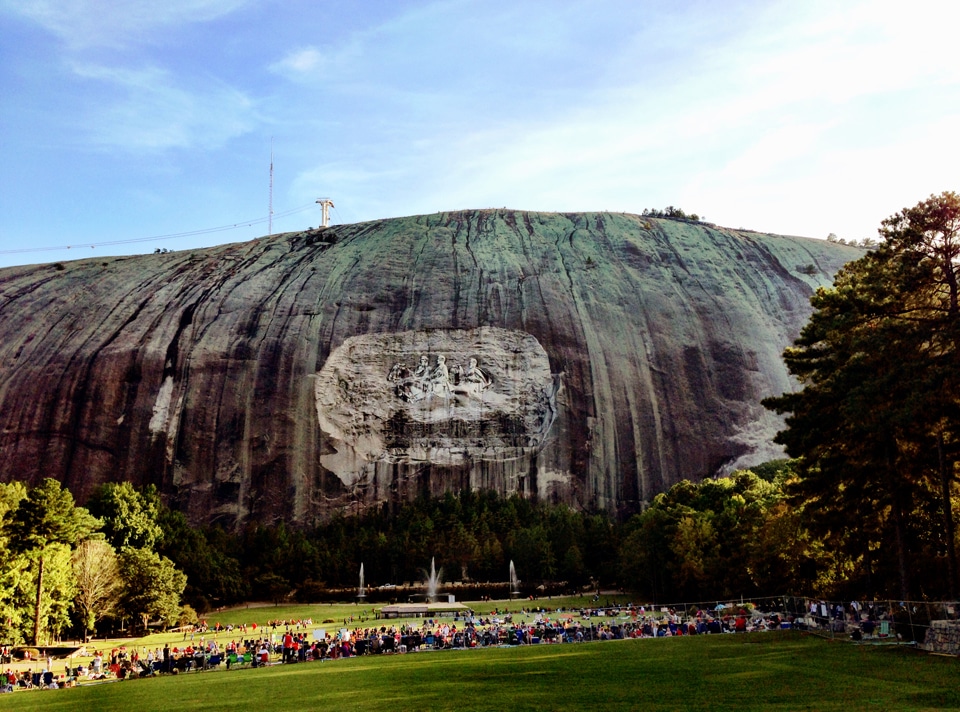 While the carving of these men and their horses, on the completely vertical side of Stone Mountain, was pretty amazing, it was far from the most amazing thing at this national park. Indeed, this monument fell well short in comparison to the beauty from on top of the mountain. It was incredible! 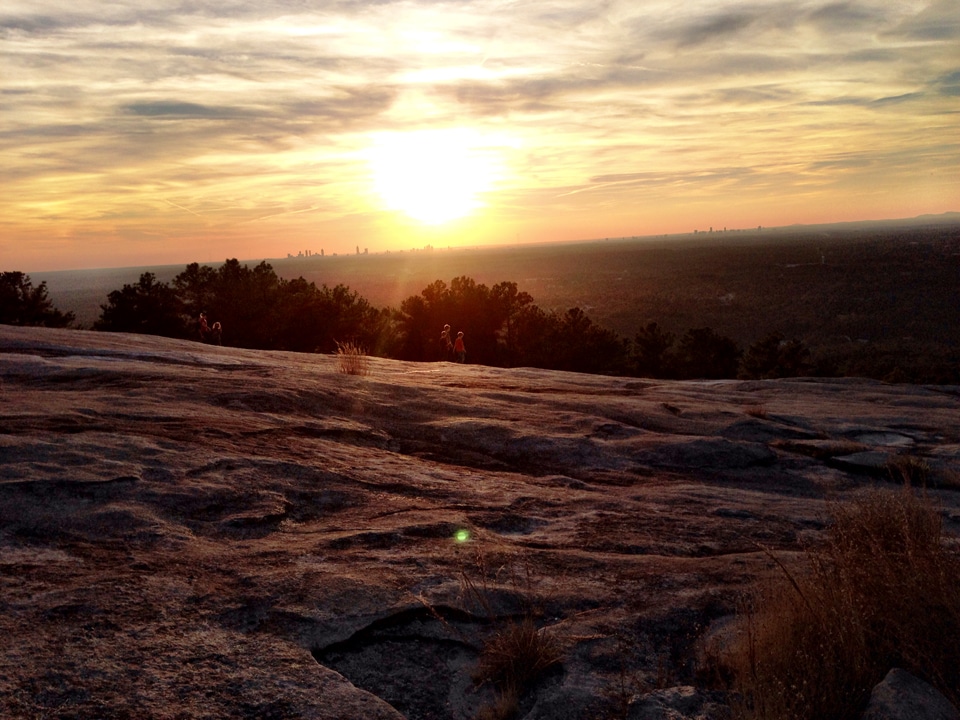 As you can see, the view was beautiful. However, my words, nor my pictures, can allow you to fully grasp just how amazing it was. I can only offer you a glimpse at the incredible beauty I was privileged to see. This is true of Jesus.

I have been known to tell people I pastor, “It is not my job to lead your friends and family to Jesus.” Generally the context of this statement is the sometimes overemphasis on inviting people to church and lack of emphasis on telling people the good news of Jesus death for humanity and subsequent resurrection. I think it is important for Christians to know/believe/understand that making disciples isn’t about asking people to come to church. However, I do think that church can be a wonderful tool in this process.

Almost any person who has been a Christian for a while and attended a God-honoring church can tell you that they have experienced God while at church. It is good to tell those a part from Christ about these experiences, but as with the view from Stone Mountain, we will never be able to fully express the greatness and power of those moments. The only way for the unbeliever to grasp it, is to experience God themselves. This makes inviting them to church a good and productive thing to do.

Camera cranes aren’t as impressive as love in the church.

Andy Stanley is my favorite preacher. He is also the preacher that has influenced my style of preaching the most. So, going to his church while in Atlanta was a must.

Buckhead Church is something to behold. The auditorium is huge. The lighting is perfect. The kid’s section is two floors and is themed so well it might remind someone of Disneyland. The middle school area contains brand new pool tables. They literally wheeled the keyboard player in while he was playing behind the post-sermon prayer. Oh, and I sat behind a camera crane. 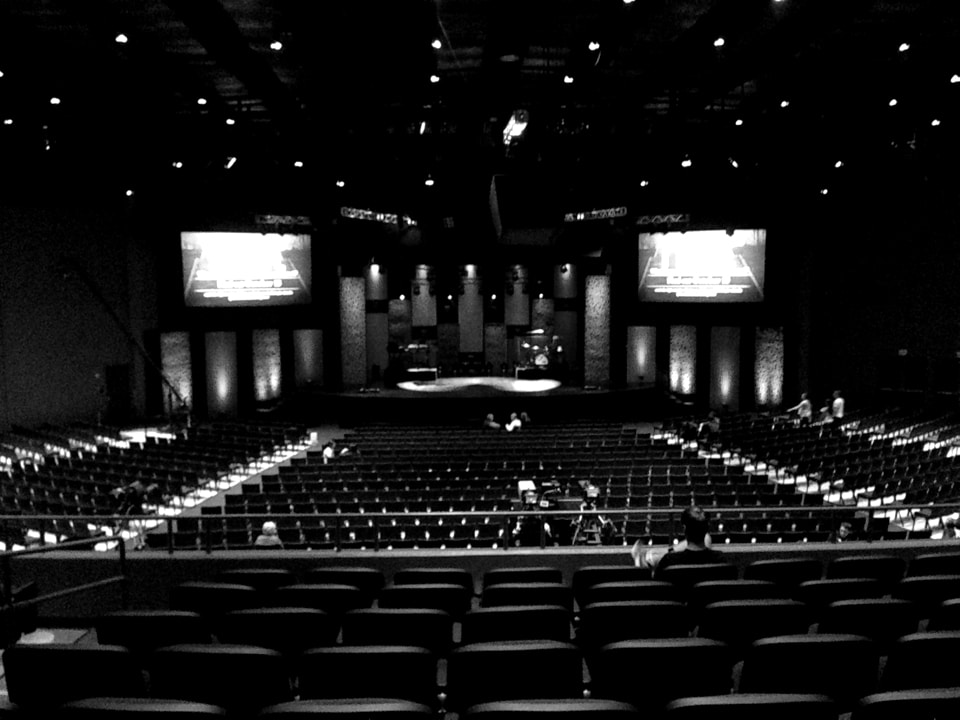 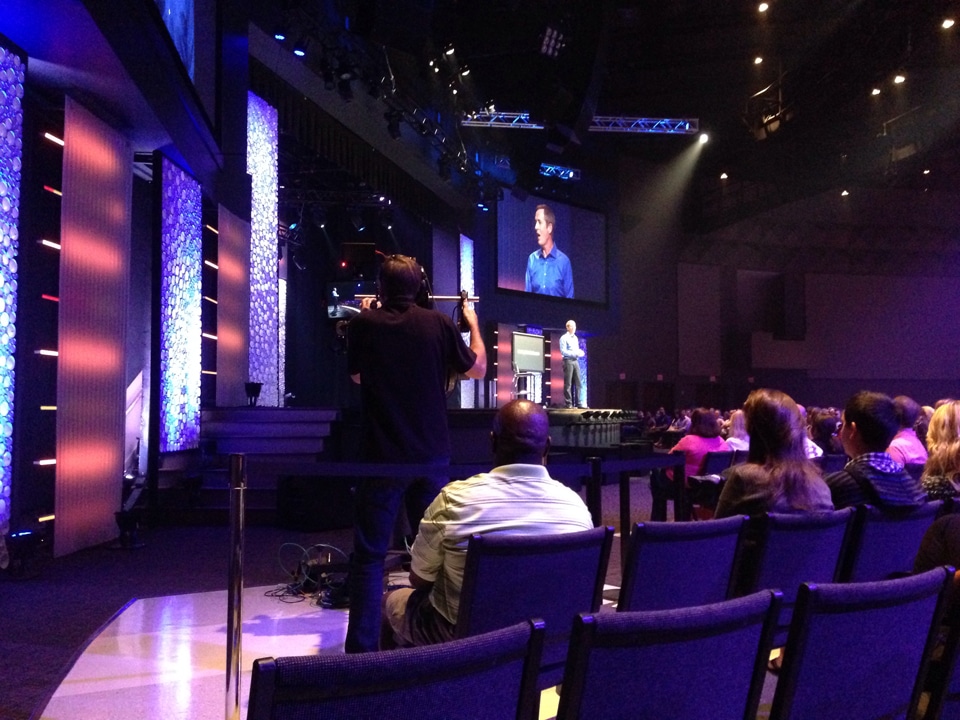 Buckhead church is amazing. But, the huge auditorium, lights, and pool table isn’t what amazed me the most. Instead, the most impressive thing for me was the same thing that makes me most pleased every Sunday at my church. Long after the service was over, the congregation was still in the lobby area engaged in conversation that suggested they genuinely liked, and were glad to see, each other. Unity is undervalued in the church today; it seems that many at Buckhead Church are unified.

Also, a woman who helped with the middle schoolers took us down two floors to show us where the information booth was. In a similar way, the guy at the information booth offered us an invitation to small groups that suggested he genuinely cared about us getting plugged in. I loved these acts of hospitality!

I have been apart of big and small churches. I have had great experiences in each of them. Going to Buckead Church reminded me that the most impressive and important parts of a church are not those dependent upon size or money, but upon the hearts of the people. Whether a church of 10 or 10,000 being obedient to God’s commands of unity and hospitality will be attractive to those outside the church.

Another thing I was excited to do in Atlanta was to visit the Martin Luther King Jr. Historic Site. The two coolest parts of this historic site are the church where he co-pastored with his dad and the house where he was born and raised until the age of 12. Yes, I was excited to visit these two sites. But then, the government shutdown and these two national historic sites were shutdown with it. So, instead, we saw them from the outside. 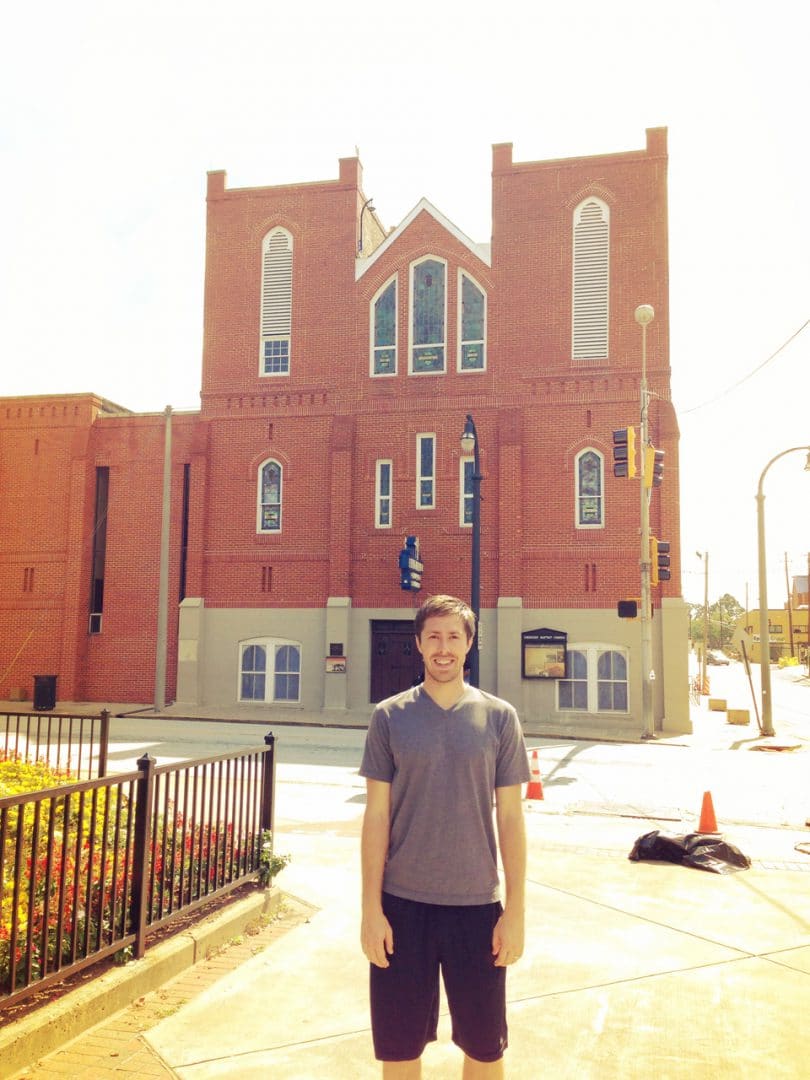 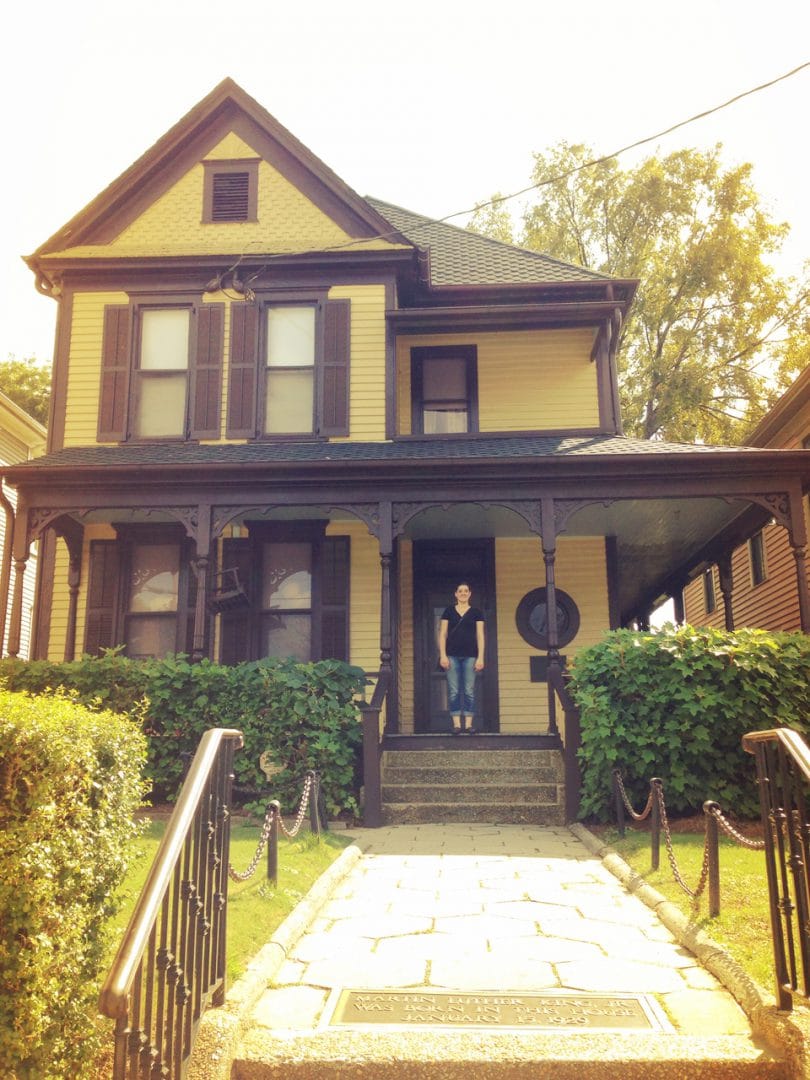 I tried peaking in the windows of both places, but apparently the government had shut that down too. Truthfully, it is hard to really explore something from the outside.

This is true of church. It cannot be fully understood from the outside. Too many people want to judge it’s worth from outside. Too many people want to get close without ever being inside of it. The only way to truly understand the value of church is to be in it. And, unlike MLK’s house and church, this doesn’t just mean entering the doors. Instead, this means becoming an active part of a local church by attending regularly, connecting, and serving. Only when you do these things can you begin to understand what makes church so awesome!

I’ll close by offering a few more pictures. If you want to see more pictures and/or my artistic photographs, you can always befriend me on Facebook, Twitter, and Instagram by clicking on the icons to the right. Other than that, I’d love it if you left a comment about church or Atlanta. 😀 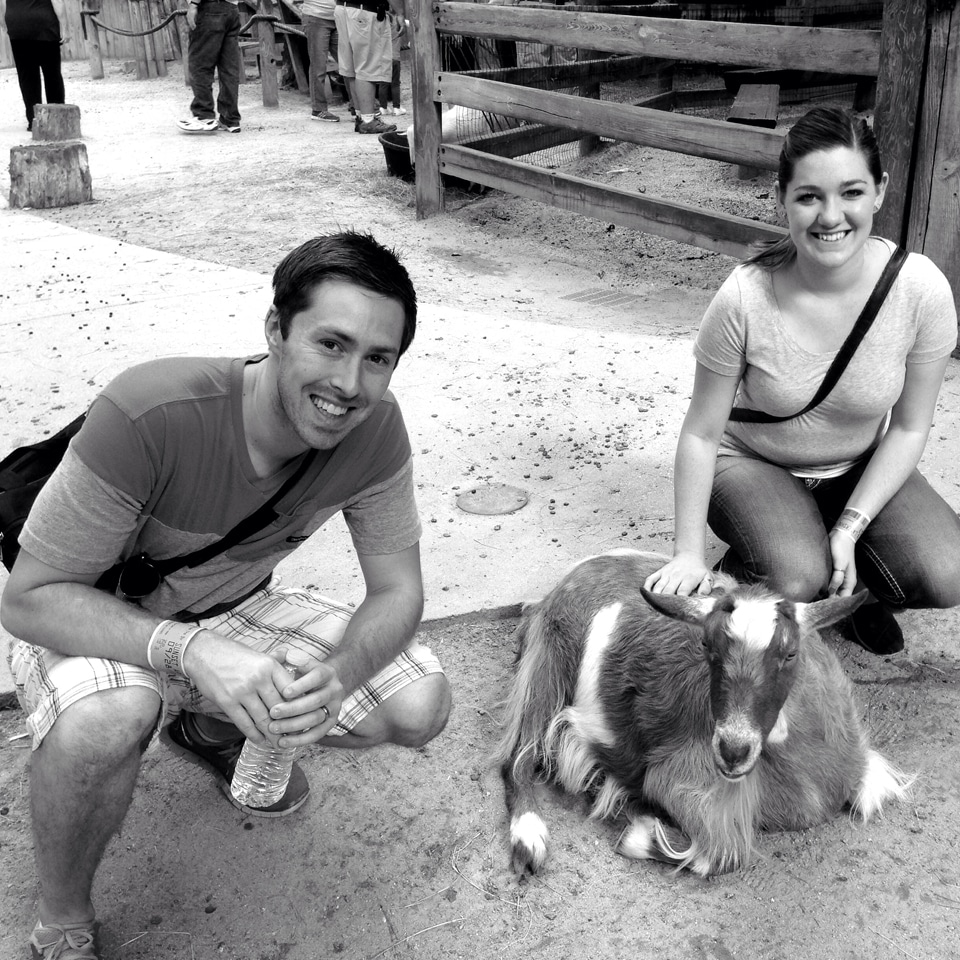 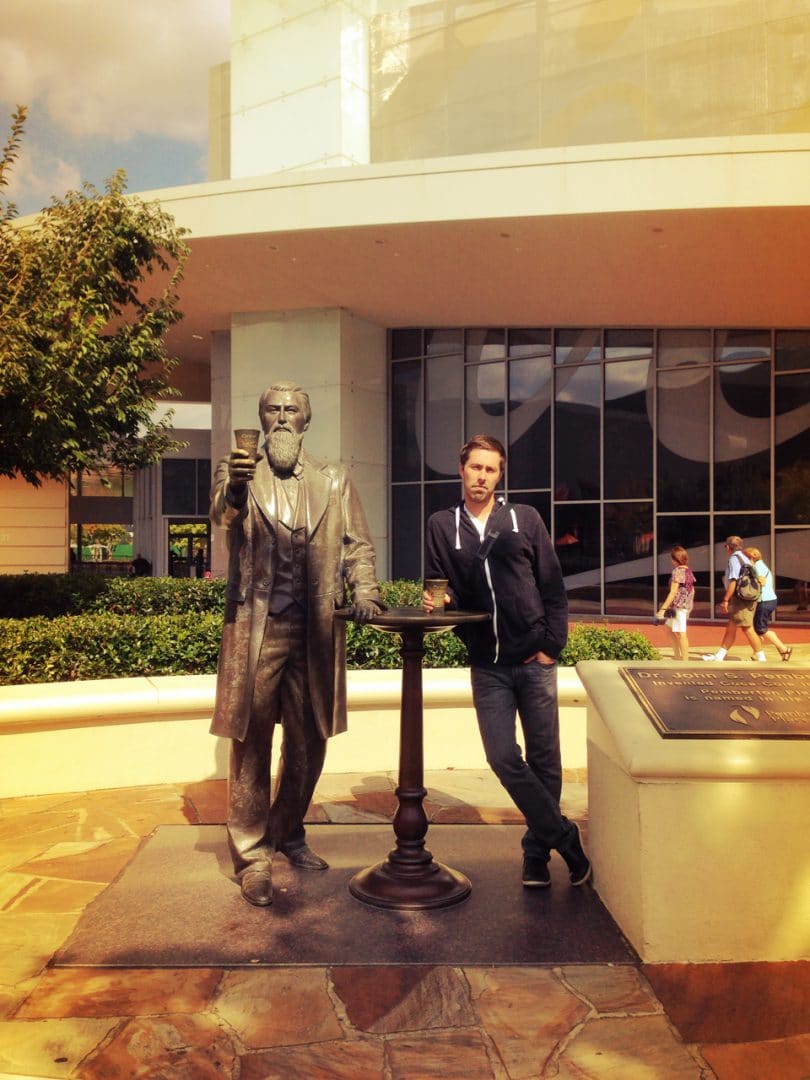 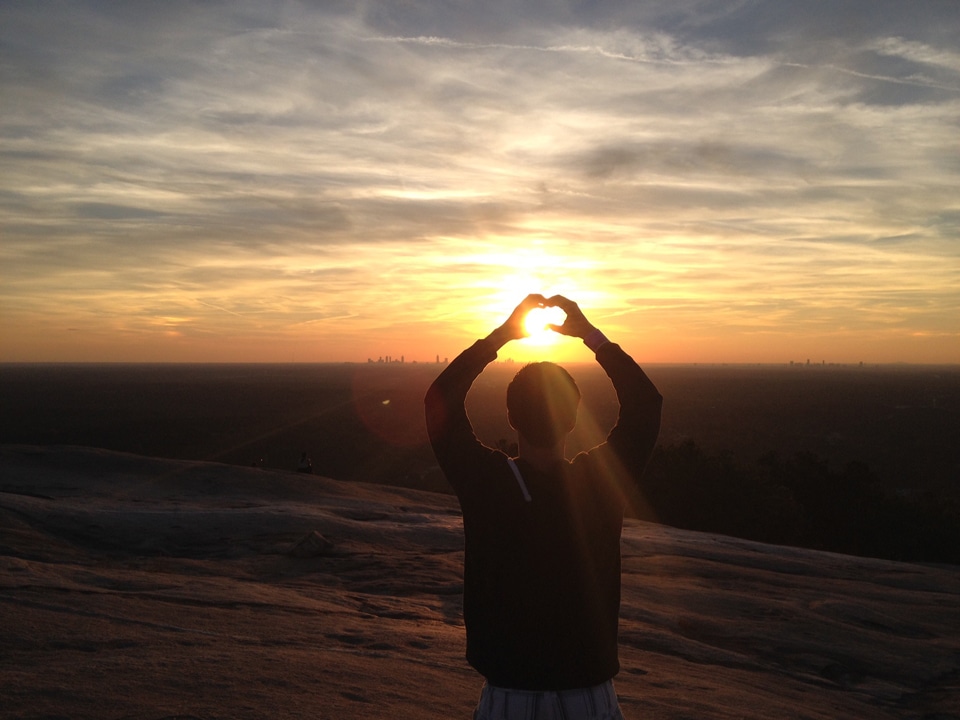