Before reading, check out Scripture as Vital (part 1).

“He was the greatest human being who has ever lived. He was a moral genius. His ethical sense was unique. He was the intrinsically wisest person that I’ve ever encountered in my life or in my reading. His commitment was total and led to his own death, much to the detriment of the world.”

But there was more to be said. Templeton’s heart was still heavy with emotion for this crucified man. Strobel quietly commented: “You sound like you really care about him.” To which Templeton responded:

And as if his heart could bear it no longer, he bore his eyes to the ground and said, “I . . . miss . . . him!” With that the old man burst into tears; with shaking frame, he wept bitterly.

The Bible brings us to Jesus who shows us everything pure, everything wise, everything moral. It shows us total commitment and death for love. It is self-authenticating in this way. But for the skeptics, who read with eyes shut and listen without ears, ask for something more. So let me submit three verifiable arguments that testify to the authority of the Bible:

The Bible has long been an extremely reliable document by every secular standard. It is probably the most reliable ancient text in human history. What this means is that if one is to seriously reject the Bible on grounds of its historical veracity, they must likewise reject the entire written history of humankind. The fact of the matter is that critical archeologists and historians alike have long bit at the ankles of the Bible trying to find proof of the Bible’s inability to accurately convey history. It used to be common for the critic to talk of the mythical Assyrians as a falsehood plain as day in the Bible, yet archeology has now long given us the history of the Assyrian empire and its kings, confirming all over the account of the Bible. After that, the Bible was said to be wrong because it claimed there were such a people group as the Hittites, where it was “obvious” that none ever existed. Then the all too inconvenient excavations at Tel-Amarna brought to life an ancient Battle of Kadesh, where the Egyptian Empire faced none other than King Muwatalli of the Hittite Empire. The Bible has a long history of being our only source of information about empires and chronicles of kings long before archeology has come to verify these accounts (and it has verified these accounts). A pretty recent example of the Bible being ahead of the current state of archeological science is the discovery of a Bronze Age kingdom in Israel, corresponding with the Davidic Kingdom. Even more recent is the discovery of David’s palace, supplying now the best evidence of the existence of Judah in the 10th century B.C.

This is all very tedious, I know, but it demonstrates the Bible’s track record of accuracy. 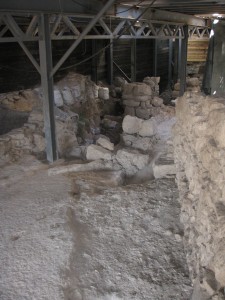 Ancient documents are notoriously hard to verify because of how few surviving manuscripts exist that are often written many hundreds of years after the accounts they’re said to attest. This is simply not the case for the Bible. There are more and much earlier copies of the New Testament and the books therein than any other historical document of the ancient world. In fact, given recent discoveries regarding the preservation of papyrus, the paper used to write early manuscripts of the Bible, we have very good reasons to believe that our earliest manuscript was contemporaneous (existed during the same time) with the original copies. This, coupled with the Bible’s historical reliability, gives us a very strong reason to believe that the Bible is an amazingly accurate account of events.

The Resurrection of Jesus the Christ

With the Bible’s historical veracity and authorial reliability, there just are not any good reasons for denying the resurrection of Jesus Christ. What is worse and certainly more impressive about the reality of Jesus’ resurrection is that it absolutely does not depend upon any assumption of the general reliability of scripture. We need only take the facts as agreed upon by virtually all New Testament scholars and the probability is still far greater that Jesus of Nazareth was in fact raised from the dead, and by consequence, was probably telling the truth about the existence of the Judeo-Christian God (the one whom presumably raised Jesus from the dead). (See “The Argument from miracles: a cumulative case for the resurrection of Jesus of Nazareth,” by Timothy McGrew and Lydia McGrew for an actual probability theorem.)

(3) The convictions and death of the disciples

(4) The conversion of Paul (then Saul)

The collection of these facts, believed by critical and sympathetic historians alike, gives us ample reasoning to believe that Jesus was, in fact, raised from the dead. If Jesus did rise, then we have at least one very powerful reason for believing that what Jesus said was true. For instance, Jesus’ disciples not only believed to have seen the risen Christ, but they were willing to die for it. We would have to believe that these men were willing to die for something they knew to be untrue. A pill perhaps too cumbersome to swallow.

Though the gospels are rife with verifiably accurate archeological facts, and many archeological facts that were first known through the Gospels and the remaining extant manuscripts and their age render the Gospels (according to any unbiased historical model) inherently more reliable than any other ancient source whose veracity is not questioned, we must still end up recognizing that the Holy Spirit is what makes it all real for us. The Holy Spirit allows those of us who make up the church to rest assured in our convictions irrespective of the present state of evidence. It allows us to see all the greatest qualities that Templeton saw in Jesus and know with certainty that it’s true. So that on the day of our reckoning, when we face the living God, it will be a voice we know coming from a face we somehow recognize. And He will look upon us and say, “hello, old friend.”

If you like what is happening with this series, please remember to subscribe. And if you’re already subscribed and you like this series, please help us increase readership by liking and/or sharing on Facebook or just drop a comment in the section below. What doctrines do you find important? What are some you would like to see me touch on?