Note 1: I will use “communion” and “Lord’s Supper” interchangeably throughout this post.

In my first post on weekly communion, I made a case for frequent partaking of the ordinance being the practice of the churches that existed contemporaneously to the writing of Christian Scripture. I think the evidence I presented is persuasive, but must admit that nobody can definitively declare how often communion was practiced in the earliest churches according to the Bible – this is why it is still debated 2,000 years later. However, it is virtually undeniable that by 150 AD it was the norm for churches to practice the Lord’s Supper as one of the central aspects in their gatherings. Justin Martyr in his First Apology and the Dialogue with Trypho presents the following liturgical outline:

3. Bread and Cup are brought to the President.

5. Distribution of the elements by the deacons to those present and absent.

Between 150 AD and the Middle Ages, the doctrine of Transubstantiation became popular with the term first being used in the 11th century. “By the time of the middle ages things had changed. People were afraid to partake of the sacrament because of excessive mystery surrounding the sacrament and because Christ was portrayed as an angry Judge. In an attempt to remedy the deteriorating piety of its people the church in 1215 (Lateran Council IV) ruled that all Christians must commune at least once a year. This was the condition of the Roman church at the time of Martin Luther.”2

By the early 1500’s, the church was in need of major reform. Famously, Martin Luther nailed the Ninety-Five Theses to the door of the Castle Church of Wittenberg. As this document was duplicated through the printing press and distributed to the masses, reformation quickly turned into separation. Sadly, the church today is split between Catholics and Protestants. Many of the latter group can quickly point to several of the reasons that men like Luther felt a need for reformation – papal corruption, the selling of indulgences, placing tradition on par with Scripture, the lack of access to the Bible for the common people, and a soteriology that made good works a precursor for obtaining salvation. However, most don’t know that many of the reformers, including the two most famous, believed that communion needed to be celebrated more often.[bra_blockquote align=”]What I mean is that those who claim to be Christians should prepare themselves to receive this blessed sacrament frequently – Martin Luther[/bra_blockquote]Luther, in his Large Catechism, wrote, “While it is true that through Baptism we are first born anew, our human flesh and blood have not lost their old skin. There are so many hindrances and temptations of the devil and the world that we often grow weary and faint, at times, even stumble. The Lord’s Supper is given as a daily food and sustenance so that our faith may refresh and strengthen itself and not weaken in the struggle but grow continually stronger… These and no other, we say, are the treasure through which forgiveness is obtained. This treasure is conveyed and communicated to us in no other way than through the words, “given and poured out for you”… In conclusion, now that we have the right interpretation and doctrine of the sacrament, there is a great need also of an admonition and entreaty that so great a treasure, which is daily administered and distributed among Christians, may not be heedlessly passed by. What I mean is that those who claim to be Christians should prepare themselves to receive this blessed sacrament frequently. For we see that men are becoming listless and lazy about its observance.”3 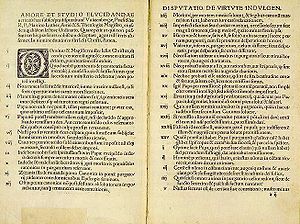 While most Protestants (including me) would not agree with Luther’s view on the efficacy of the Eucharist, his passion for practicing it more consistently is clear. This is perhaps made more clear in his Small Catechism, where he writes, “Our preaching should… be such that of their own accord and without our command, people will desire the sacrament and, as it were, press us pastors to administer it to them… For Christ did not say, “Omit this” or “despise this,” but “This do, as often as you drink it,” etc. He most certainly wants it done and does not want it left undone and despised. “This do,” He says… Only emphasize clearly the benefit, need, usefulness, and blessing connected with the sacrament, and also the harm and danger of neglecting it… But if you fail to urge these things… then the fault will be yours if they despise the sacrament.”3 In Luther’s own parish communion was offered every Sunday morning and at five or six o’clock in the evening, as well as on every festival day and every Wednesday.4 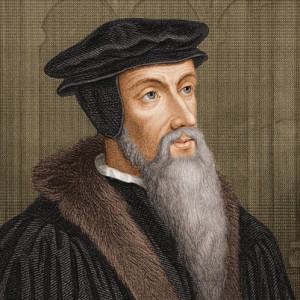 Furthermore, Calvin offered this scathing statement about the regularity of practicing communion, “Please God, gentlemen, that both you and we may be able to establish a more frequent usage. For it is evident from St. Luke in the Book of Acts that communion was much more frequently celebrated in the primitive Church, until this abomination of the mass was set up by Satan, who so caused it that people received communion only once or twice a year. Wherefore, we must acknowledge that it is a defect in us that we do not follow the example of the Apostles” (John Calvin, Letter to the Magistrates of Berne, 1555).

Calvin believed that in communion, Christ “is made completely one with us and we with him.” Thus, he viewed frequent communion to be essential to one’s growth as a Christian. However, when Calvin’s liturgy was instituted in Geneva, the City Council restricted its practice to four times a year: Easter, Pentecost, mid-September, and Christmas.6

The taking of communion four times a year in Geneva is interesting in that quarterly communion has become the common practice in many modern Protestant churches. This begs a question, if early reformers were for a more consistent practice of communion, why did this not become the common practice of Protestant churches? While I have not found a lot of information about this, there seems to be three good answers to this question: 1) Not all reformers favored a more frequent practice of the Lord’s Supper (most notably Huldrych Zwingli and those in Geneva mentioned above). This ideology was strengthened by a movement away from Transubstantiation and towards a strictly symbolic view of communion. 2) Varying circumstances in different traditions made it difficult for a regular practice of communion. 3) Logical arguments arose (or continued to be held to) against weekly communion (familiarity breeds contempt, “we’ve never done it this way,” etc.). These arguments and my response to them will be the subject of my next post in this series.

Let me end by making clear that Protestants need not follow the practices or words of Martin Luther and John Calvin or even Justin Martyr. However, given the evidence above, we ought to consider carefully whether its infrequent celebration was/is a result of the corruption of the church, just like the selling of indulgences. If this is true, and frequent communion was indeed the practice of biblical churches, it is important for modern churches to align themselves with the reformers and strongly consider regularly taking communion.

Note 2: I have not found information explaining why Catholicism began practicing communion so frequently after the reformation. My guess is that the doctrine of Transubstantiation parlayed into a belief that partaking of the Eucharist was salvific and caused the Catholic Church to offer it to people daily. If I am right, the doctrine of Transubstantiation (and similar beliefs) caused the frequency of communion to be lessened and then increased in different stages of church history.

5. John Calvin, Articles presented to the Geneva Council in 1537, cited in Howard G. Hagemann, Pulpit and Table: Some Chapters in the History of Worship in the Reformed Churches (Richmond: John Knox, 1962), 25, emphasis mine.

For further reading, check out http://www.opc.org/os.html?article_id=104.